Contractual issues between Rooney and Allardyce? 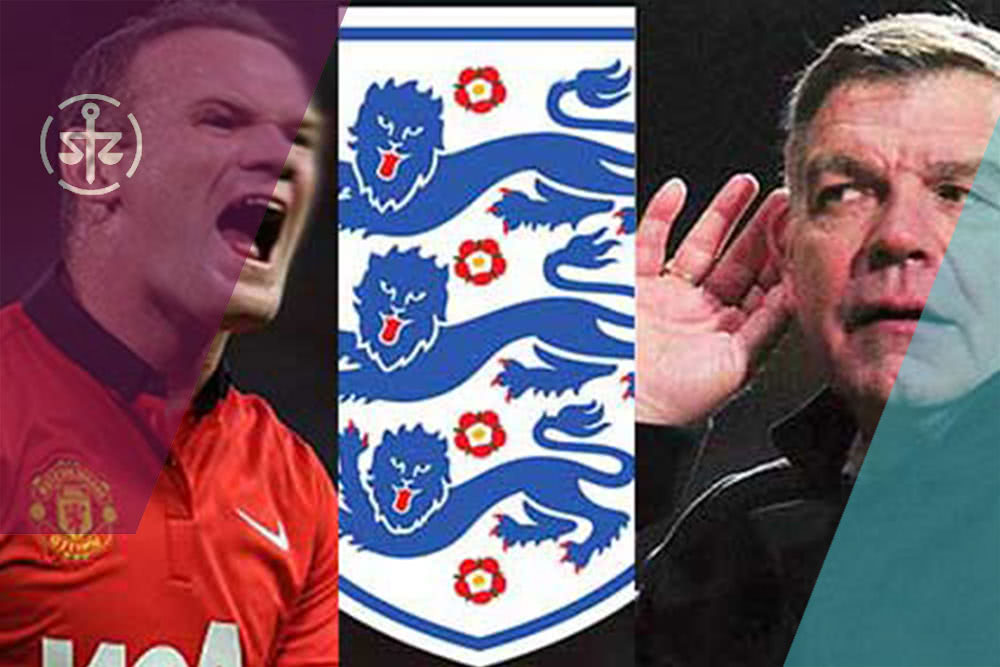 Last week England Football Club played out a turgid one-nil win over Slovakia in their maiden game for the World Cup 2018 qualifiers.

When questioned about England Captain Wayne Rooney’s role within the team, the England Football Manager Sam Allardyce said “it is not for me to say” where Wayne Rooney plays, “Wayne played wherever he wanted to”.

These are quite extraordinary words to hear from Sam Allardyce, given that he is the England Football Team (and Wayne Rooney’s) manager!

Wayne Rooney, winning his 116th cap, played largely in a deep midfield role is now his country’s most capped male outfield player, ahead of David Beckham, and is just nine games away from equalling goalkeeper Peter Shilton’s record of 125 caps.

But his role has been a hot topic for both club and country, with the 30-year-old forward featuring in a number of positions for Manchester United and England.

The importance of Contracts of Employment

“How is this applicable to an Employment Law blog post?” I hear you ask.

An employee’s role and terms of employment are bound to change in a number of ways during the course of their employment. Most changes will be uncontroversial, but sometimes employers want to do something that the employee is less willing to accept. In such cases, the employer must know how to make the change legally binding while minimising any possible disruption.

If an employer is seeking to make a change to the clause within the contract of employment, then the first port of call is to check to see if the terms of the contract authorise the change. This could arise in three ways:

1. It may be possible to interpret the term in question sufficiently broadly to accommodate the change which the employer is seeking to make.

2. There may be an express right for the employer to make changes in the area of the employment relationship covered by the proposed change (a specific flexibility clause).

In the context of the employment relationship, the issue of interpretation of contractual terms has arisen most often in relation to job titles and job descriptions. Courts and tribunals generally pay high regard to express job titles contained within the contract of employment.

In the case of Haden Ltd – v – Cowen [1982] the Court held that the employer could not rely on the employee’s express job title of “divisional contracts surveyor” to require the employee to work as a quantity surveyor, despite a clause requiring the employee to “undertake, at the direction of the company, any and all duties which reasonably fall within the scope of his capabilities“.

However, a wide interpretation may be given to a job title and/or job description in order to encompass an additional duty or working method. Therefore if Mr Rooney is employed as specifically as a striker, is this a different role to employing him specifically as a defender?

Specific flexibility clauses commonly exist in relation to where the employee works (mobility clauses), what they do, and hours of work. Employers use such clauses to reserve the right to make changes in the relevant area without reference to the employee.

However, the law has developed in two ways to restrict the ability of employers to unilaterally make changes to the employment relationship in reliance on such clauses:

1) Flexibility clauses will be given a restrictive interpretation by courts and tribunals.

2) The implied terms of an employment contract may curtail the operation of an express flexibility clause.

As above, any ambiguity in the interpretation and scope of a flexibility clause will be decided in favour of the employee.

Furthermore, it is established law that widely-drafted clauses of a non-specific nature cannot be relied on to make the desired change. The more detrimental the change to the interests of the employee, the harder the clause will be to rely on.

Courts will rarely enforce such clauses. It is, therefore, unlikely that an employer will be able to rely on such general clauses to an employee’s detriment and therefore in practice, employers are unlikely to be able to rely on general flexibility clauses to make anything other than reasonable or minor administrative changes which are not detrimental to the employee.

So where does this mean for Rooney and England?

Therefore a contract can only be amended in accordance with its terms or with the agreement of the parties.If the employer’s proposals involve altering the existing contract and there is no contractual right to make such a change, the employer could:

1) Get express agreement to the new terms (either from the employee or through a binding collective agreement),

2) Unilaterally impose the change and use the employee’s conduct to establish implied agreement to the new terms, or

3) Terminate the existing contract and offer continued employment on the new terms.

Obviously, we advise that an attempt should be made to obtain an express agreement, as this is least likely to cause disputes between the parties.

Communication is the key ingredient; is it missing in the relationship between Mssrs Allardyce and Rooney?

Rules of Intestacy: The 2020 Update
In the event an individual dies in England and Wales without a Will or their Will only disposes of part of their assets then their residuary estate (or the undisposed part of) will fall under the Rules of Intestacy. The current Rules of Intestacy came into force on 1st October 2014 and under these Rules, […]
Continue reading >
Inheritance tax: Rules on gifts to be simplified
Inheritance Tax or ‘the dreaded tax’ as it’s sometimes known continues to rise, with HMRC receiving £5.4 billion in 2018/19, compared to £5.2 billion the previous year. A review of inheritance tax by the Office of Tax Simplification (OTS), requested by Chancellor Philip Hammond, has suggested several changes to make Inheritance Tax on gifts to […]
Continue reading >
5 Tips To Make Selling Your Home A Breeze
Selling your home is literally a life-changing decision. With the amount of money you’ve got locked away in it, it had better come up with the goods! So how do you get the most money from selling your home, in the shortest time? We’ve pulled together some information from experts who claim to have the […]
Continue reading >