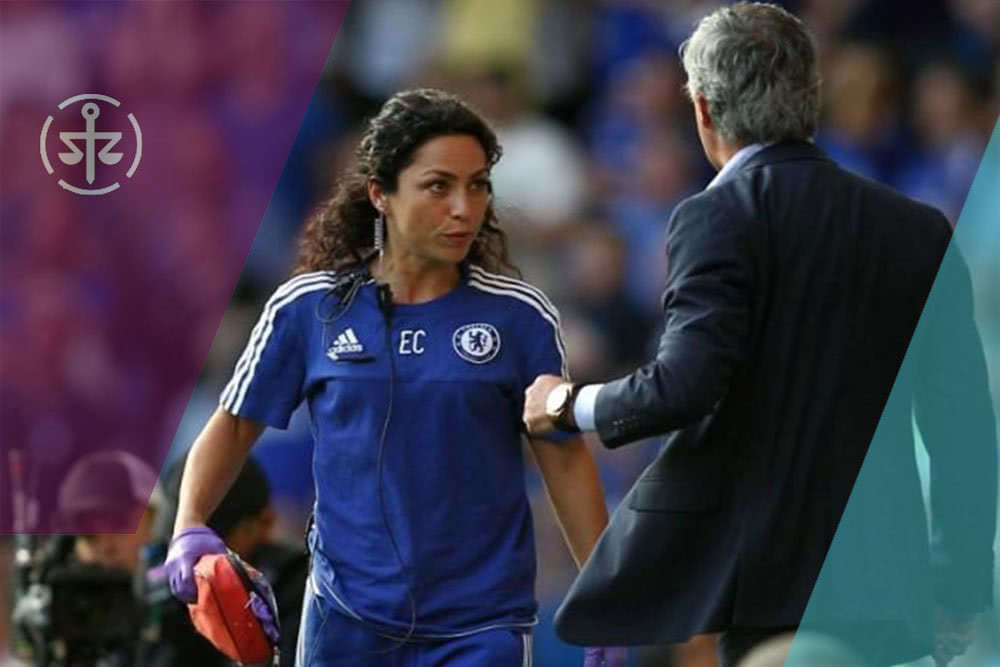 Chelsea Football Club have made headlines in the sports media recently, but for all the wrong reasons

What can we learn about Employment Law from Chelsea FC’s settlement with Eva Carneiro?

On 07 June 2016, former Chelsea club doctor Eva Carneiro settled her dismissal claim against the club on confidential terms.  It is not entirely unusual for claims – and certainly highly publicised claims – to be settled at the gates of the court.  Claimants and Defendants must always take into account cost risks, which clearly increase on a day-by-day basis when you are at trial.  However, it is believed in the press that Dr. Carneiro’s claim was settled for a substantial sum, greater than the offer of £1.2million made by Chelsea, which she had rejected.

Dr Carneiro had claimed that she was sexually discriminated against after she went on to the pitch to treat Chelsea player Eden Hazard during a Premier League football game against Swansea last August.

Hazard had to leave the football pitch, which briefly reduced Chelsea to nine players (one player having already been sent off).  Chelsea went on to draw the match and the former manager, Mr Jose Mourinho, publicly criticised both Dr Carneiro and the first team physio, Mr Jon Fearn, for being “impulsive and naïve”.

Dr Carneiro left Chelsea in September after being demoted.

The basis of a claim for constructive dismissal

To establish a constructive dismissal, an employee must prove, on the balance of probabilities, that:-

a) There was an actual or anticipatory breach of an express or implied term by the employer.

b) The breach was sufficiently serious to justify their resignation (i.e. a fundamental or ‘repudiatory’ breach).

c) They resigned in response to the breach.

d) They did not “affirm” the contract following the breach, for example, by delaying too long in resigning.

In the case of Buckland v Bournemouth University Higher Education Corporation 2010, the Court of Appeal heard a claim for constructive dismissal by Professor Buckland who had resigned in response to a fundamental breach of contract that the employer had been unable to cure.

In 2006 there was a high exam failure rate for a course led by Professor Buckland. After the Head of Department, Dr Astin, confirmed the outcome of a re-marking exercise without consulting him, Professor Buckland complained. The complaint was the subject of an enquiry and report. Despite being vindicated by the report, Professor Buckland took issue with its conclusions and resigned.

The tribunal at first instance had found that in his case, Dr. Astin’s conduct of procuring and re-marking the exam papers without prior consultation amounted to a fundamental breach of the implied contractual term of mutual trust and confidence.

That breach had not been cured because the slur on Professor Buckland’s integrity remained, despite his vindication within the report.

It was accepted by the Court of Appeal that that once a repudiatory/fundamental breach had been committed, it was not capable of being remedied by the employer.

So how does this bear upon Carneiro vs Chelsea FC ?

If we apply this test to the claim of Dr Carneiro, following Chelsea’s match against Swansea, Dr Carneiro alleged that on 10 August 2015 Mr Mourinho told a colleague that he did not want Dr Carneiro on the bench at the next match, adding:

“She works in academy team or ladies team, not with me.”

Taking a like-for-like approach with Buckland, it is patently unquestionable that Chelsea’s actions potentially could have been attributed to a fundamental breach of contract, thus leading to the basis of Dr Carneiro’s claim for constructive dismissal.

Compensation for unfair dismissal is usually only available to employees who have worked for their employer for at least two years.  The tribunal will consider whether the dismissal was fair or unfair and in doing so will look at a range of factors including the reason for the dismissal and whether the employer acted reasonably. In practice it will be very difficult for an employer to show that it acted reasonably if it has in fact breached a term of an employee’s employment contract, making it more likely that the dismissal will be judged unfair.

Like Dr Carneiro, if you are successful in your claim for unfair dismissal, you will be entitled to a basic award which is calculated on the basis of your age, salary and length of service. In addition, the tribunal has discretion to award you compensation for any loss following from the dismissal up to a maximum sum of £78,962 (the ‘compensatory award’). This will take loss of earnings from the date of termination of your employment into account.

In Dr Carneiro’s claim, she also sought to bring an action for sex discrimination.  This claim removes the statutory cap, hence why she was able to bring a claim for damages in excess of £1million.  To establish direct discrimination, the claimant must show that they have been treated less favourably in some way than a real or hypothetical comparator.

Dr Carneiro made various allegations in respect of discrimination.  She claimed Chelsea took no action following complaints about sexually explicit chanting at various away games.  Additionally, Mr Mourinho conceded that he used the term ‘filho da puta’, meaning ‘son of a whore’ and insisted he had been using it throughout the match.  However, it was alleged that he used the word ‘filha da puta‘ (‘daughter of a whore’) because he is abusing a woman.  Further allegations were that she was not provided with a club suit, and regularly had to endure sexually explicit comments from her colleagues.

However, if one employee discriminates against or harasses another, the employer will be vicariously liable unless it has taken reasonable steps to prevent such conduct from taking place.  Therefore on the basis that Chelsea FC took no action to address the chanting and the alleged verbal abuse from Mr Mourinho, then Dr Carneiro has the potential foundations for a claim for discrimination against both Chelsea and Mr Mourinho, hence why Mr Mourinho was a co-defendant in the proceedings.

The consequence of this is that it will waiver the maximum statutory cap for an unfair dismissal award.  It is clear that Chelsea believed that there were strong foundations for this claim, hence the initial offer of £1.2million.

Constructive Dismissal advice: wherever you work

At Cunningtons we can provide specialist advice in respect of Constructive Dismissal or any employment matter.

Please contact us on 01376 326868 to arrange a free consultation appointment or pop into our Braintree Tofts Walk Office.