Brexit and its Effects on the Property Sector

Home > News > Brexit and its Effects on the Property Sector 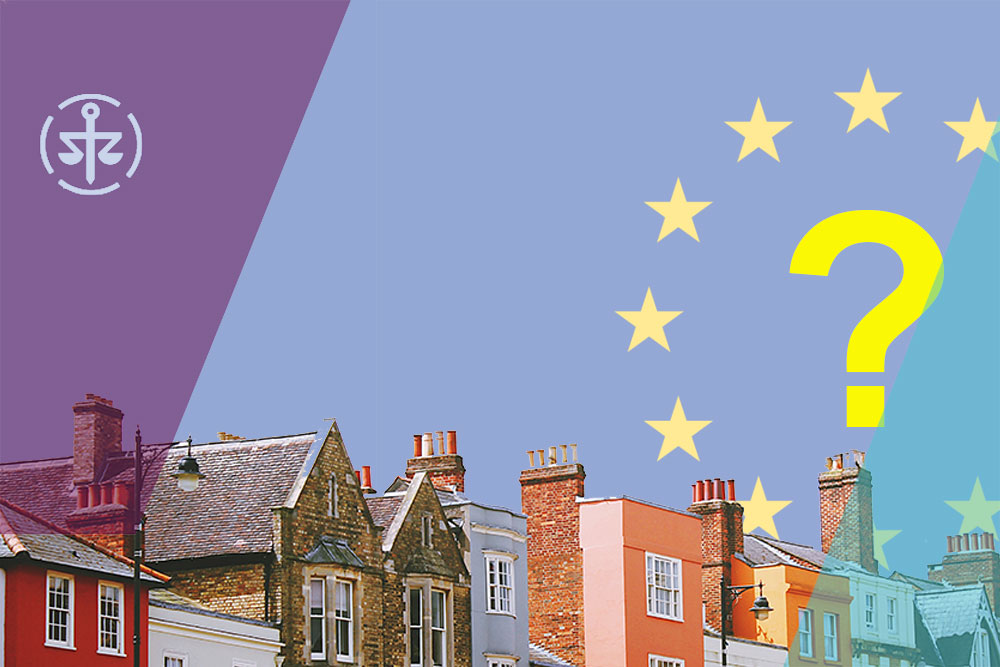 We’ve had the EU referendum – what next for property?

The Law Society last week published an article which proffered reasons for sitting on both sides of the fence. Like 48% of voters and Martin Coleman, this author voted to remain in the EU.

Lawyers love evidence and facts. Mr Coleman cited figures from the National Institute of Economic and Social Research that a Brexit would cut GDP by between 2.7% and 7.8% by 2030 and sterling would depreciate to close to parity with the euro.

Following last Thursday’s result, the pound has fallen to an all-time low. According to the BBC:

“Shares in airlines, housebuilders and banks were worst hit, with sharp falls causing a momentary halt in trading as automatic circuit breakers kicked in”.

This was recognised a possibility by the economist Andrew Lilico, who supported Brexit. He said:

“We should expect some lost GDP growth in the first few years. Leaving will be likely to lead to some structural changes in our economy and some investment predicted upon EU membership will go bad”. [source: article in The Telegraph]

Property shares were badly hit, prompting trading to halt on worries that the decision to leave the EU would hit the housing market.

The effect on the property market

For those in the property market, a great many pieces of legislation will need to be reviewed. This is excellent news for solicitors who are in the regulatory sector as a number of regulations rely on the European Communities Act 1972, which presumably will need to be repealed. This piece of legislation incorporated EU trading laws into UK law by secondary legislation. However, there is some uncertainty about how the Government will deal with this.

Some of the regulations which may be subject to repeal or implementation will include the EPC Regulations, Heat Network Regulation and most particularly the Consumer Protection from Unfair Trading Regulations which are of great importance as they cover property misdescriptions and misrepresentation.

Further, the EU result calls into question the proposed legislation in the Queen’s speech and the implementation timetable for legislation already passed. This is particularly so for the Housing and Planning Act 2016 and the Immigration Act 2016, due to government departments now having other priorities!

Obviously this has caused uncertainty in the property market and as a consequence buyers and sellers had decided to ‘sit on their hands’, according to Nic Budden, chief executive of Foxtons. He blamed uncertainty around the referendum and higher stamp duty on buy-to-let homes introduced in April for a slowdown in second-quarter sales.

“The result of the referendum has increased uncertainty and is likely to mean that these trends continue for at least the remainder of the year.

“Looking further ahead, we remain confident of the attractiveness of London property sales markets and our strategy to focus on the outer London mid-market segment. Furthermore, our strong lettings business provides strong downside protection.”

So when are these changes likely to be implemented? The first thing to stress is that the UK will not leave immediately.

The UK is still a member of the EU and will probably remain so for several years.

There is a formal legal process for withdrawing from the EU, which involves enacting Article 50 of the Lisbon Treaty. In all likelihood, this will not take place until after September 2nd 2016 when the new prime minister is appointed to replace David Cameron.

Mr Cameron has said it should be up to his successor to decide when to activate Article 50 by notifying the European Council. Quitting the EU is not an automatic process – it has to be negotiated with the remaining 27 members and ultimately approved by them by qualified majority. These negotiations are meant to be completed within two years, although many believe it will take much longer.

So what should I do about property transactions in the light of Brexit?

Consequently, any changes are likely to be delayed for some time! Therefore until the UK formally leaves the EU, all existing legislation will remain the same.

So the current advice?

Keep calm and carry on and watch this space for updates from the Cunningtons Solicitors property law team.